Francisco Leonel Tapia-Marrero, 38, and Andres Mauricio Vallecilla-Sinisterra, 36, were arrested and charged with offenses including Burglary of a Habitation. Additionally, Immigration and Customs Enforcement (ICE) holds were received for both suspects.

On August 30, 2019 at 7:59 p.m., 911 dispatch received a call of a burglary in progress. The caller hid while the suspects broke in through a rear window. They were wearing masks and gloves. Deputies arrived at 8:01 p.m. and detained the suspects.

Detectives believe the two suspects are involved in other similar Sienna and Riverstone area burglaries stemming back to mid-July.

"I feel confident these cases will be cleared by the pair's arrest," said Sheriff Troy Nehls. "This is great work by our patrol deputies and detectives."Anyone with information regarding this case is asked to contact the Fort Bend County Sheriff's Office (281-341-4665, Extension 1).Tapia-Marrero 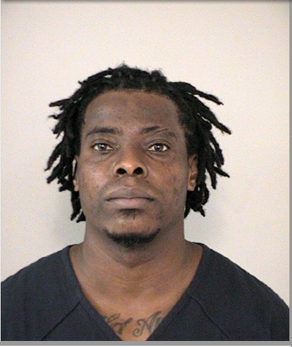 ~ 5 mos, 27 days ago   Sep 04 2019, 11:26am
This was in my subdivision... Story from the neighbor was that the teenager that lives there hit the panic button on the key pad and hid while calling 911. So happened that a patrol car was just a subdivision over and was out front waiting for the idiots to run out the front door, right into the cops hands.
Reply