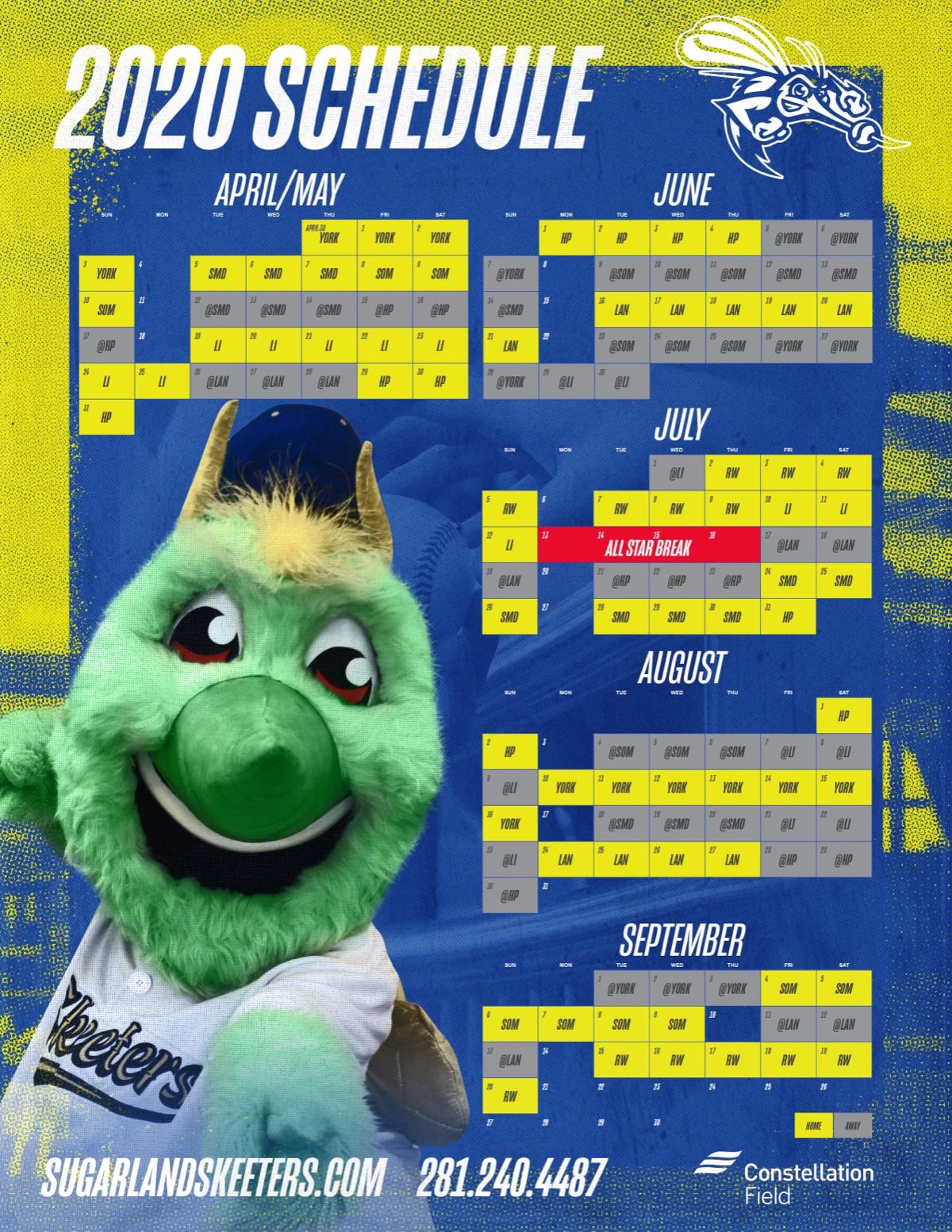 The Sugar Land Skeeters have announced their schedule for the 2020 regular season, including 72 home games at Constellation Field and a 126-game schedule in the Atlantic League of Professional Baseball. The Skeeters will open the 2020 campaign on April 30 at Constellation Field against the York Revolution. The Road Warriors have re-entered the Atlantic League in place of the New Britain Bees, prompting the league's shift from a 140-game schedule to a 126-game schedule. Several key home dates for the Skeeters in 2020 include the Fourth of July, Mother's Day (May 10), Memorial Day (May 25) and Father's Day (June 21). The Skeeters will end the regular season on Sept. 20 at Constellation Field against the Road Warriors. Announcements on the Skeeters 2020 promotional schedule and when season and individual tickets go on sale are forthcoming. The 23rd Annual Atlantic League All-Star Game will take place on Wednesday, July 15th, hosted by the Blue Crabs at Regency Furniture Stadium in Waldorf, Md. It marks the second time the Blue Crabs will host the All-Star Game, previously doing so in 2013.Visit www.sugarlandskeeter s.com/schedule for more info.
Reply
What are your thoughts? Log in or sign up to comment Log in » Sign up »
Post a comment »